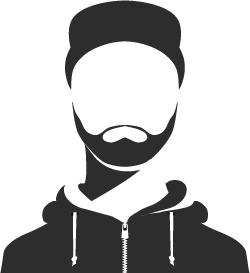 Charged With A Crime? Beware The Fruits Of The Poisonous Tree

Every American accused of some sort of criminal activity has certain inalienable rights. Protecting these rights not only protects the accused from illegal activity by law enforcement but also protects society as a whole.

It's important to understand your rights as you defend yourself in court against charges. One of the most important — but often not understood — is a doctrine known as 'fruits of the poisonous tree'. What does this mean? And how can it affect you? Here's what you need to know.

What Are the Fruits of the Poisonous Tree?

Law enforcement and the government agencies it involves must act within the limits of the law. Therefore, there must be consequences when any agent of the government obtains evidence for a case while violating the law.

For example, consider the case of a police officer who searches a home without first getting a proper warrant. During the search, the officer discovers previously unknown stolen goods. They charge the person with theft.

However, because the search was illegal, it is inadmissible in court. This is the poisonous tree. And the stolen goods also cannot be admitted because they were obtained from illegal actions. These are the fruits of that poisonous tree.

Are There Exceptions to the Fruits?

As with every legal precept, the doctrine of the fruits of the poisonous tree (FOPT) does have a few important exceptions.

This is the case even if they have the footage in hand but do not view it because an arrest has already been made. They reasonably could have obtained the evidence in a legal way.

Other exceptions involve less common situations, such as statements by a defendant which are inadmissible by themselves but which still permit the resulting evidence (or fruits) to be admissible. These are important distinctions that can strengthen or weaken your defense.

Where Can You Get Help?

When you are facing criminal charges, you must fully understand how evidence may — or may not — be used against you in court. Only when you're armed with that knowledge can you make the right decisions for your own best interests.